Basel Community wants to find out more about the people living around us. Here’s a great interview with our guest!

BC: Welcome Gee-Jay!
GJ: First of all, there seems to be a bit of a mix-up. Although my name is Gee-Jay, that doesn’t automatically make me a DJ 🙂 Gee-Jay actually comes from my initials: Gabriel Jenny, Jenny being my last name / family name. I officially have the second first name Gee-Jay in my official documents. So it’s Gabriel Gee-Jay Jenny.

Still, sometimes I’m in the limelight but that’s mostly for my hosting. I used to be a Radio- and TV-Host for a couple of years on several different TV and Radio stations. I still host events now and then. The most recent one was TEDx Basel.

BC: How do you prepare for a gig?
GJ: I’ll now answer to the questions as an MC, not as a DJ. When I’m preparing to host a show or an event, I make sure to know what I’m talking about. Nothing is worse than an MC that has no clue what he’s talking about. I make sure I know how all the names are being pronounced correctly.

BC: What’s your favourite type of music to listen to when you don’t have a gig?
GJ: I listen to all kinds of music from classical to drum ‘n’ bass, from country to pop—whatever fits the mood.

BC: Who are your top artists?
GJ: When I was a teenager or even younger, my heroes were bands like KISS and ACDC because of the incredible stage shows. Not that I’ve been to any of the concerts, but I have seen pictures in the BRAVO and POPROCKY magazines. I now like artistS like Jay-Kay from Jamiroquai, Müslüm (a Swiss artist), Lil’ Dicky just to mention a few.

BC: Which are the most in-demand songs that people ask you to play?
GJ: As a host on the radio, we always got a very mixed range of requests, nothing that stood out.

BC: And which song are you tired of hearing?
GJ: Any song that gets too much airplay eventually gets a bit boring or annoying.

BC: Do you play an instrument? If yes, which one? If no, which instrument do you wish you could play?
GJ: I learned to play the drums. I also took piano and singing lessons. I’m not playing any instrument at the moment though.

BC: What’s the most fun gig you’ve had?
GJ: As a host, my highlights were the Freestyle.ch, events that took place on Landiwiese in Zurich with thousands and thousands of people coming together to see the Skateboarding professionals on the halfpipe.

BC: When are you completely satisfied with your work?
GJ: If everything runs smoothly and the people in the crowd but also the makers of the events are happy.

BC: What should women know about Swiss men?
GJ: That they’re no different to the men outside of Switzerland.

BC: Which would you prefer: a night on the town or a staying at home with that someone special?
GJ: 90% staying at home, 10% going out—my home is my castle!

BC: Which restaurant in Basel would you recommend for a romantic dinner?
GJ: Although I haven’t been there yet: http://www.cantina-doncamillo.ch – that’s where I want to go next because you can enjoy a vegan lunch or dinner there. Peace-Food rules! #GoVegan 😉

BC: What was the most important day of your life?
GJ: The day that I was born J ;), and I try to give every day the chance to become the best day of my life.

BC: If anyone would like to be in contact with you for a show, what’s the best way to reach you?
GJ: Via my website www.Gee-Jay.com 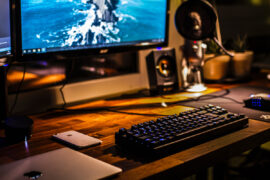 Telling the World About Basel 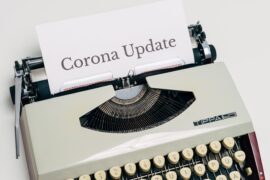